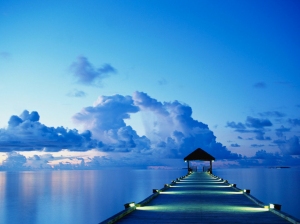 Romans 3:23 for all have sinned and fall short of the glory of God –  nobody is perfect

3:24 and all are justified freely by his grace through the redemption that came by Christ Jesus – but it’s OK, Jesus has me covered.

As a young adult I knew I was a perfectionist and didn’t see any problem with it. In fact, would proudly exclaim this. Thinking it said to others, I don’t give up until I’ve done it perfectly. While this is true to a degree, there were many things I didn’t even try, knowing I wouldn’t be good at them or having tried once and failed. There was no room in my life for not doing it well, to near perfection. For those things that I did do well, there always seemed to be someone better. I had high standards for others and even higher standards for myself. High, impossible, unreachable, perfect standards. Whew! How I survived to adulthood with my sanity intact, though that point might be debatable by some, is uncertain. I thought it was a good thing. Once my oldest daughter was born, I began to realize, not only how much perfectionism had permeated my life and so much in it, but also that it wasn’t ok, maybe even a bad thing. How do you perfectly raise a child, keep house, cook, etc. all at the same time? I preferred to make foods from scratch and still do. But with a baby that refused to sleep and required entertainment 24/7, this overwhelmed and introverted mama had to come to the realization that nobody died from spaghetti sauce from a jar. I began to realize the grip this perfectionism had on me, this need to not make mistakes. Where did it come from? In part, it came from the Creator and the fabric He wove in me. But this was also nurtured in me by parents, aunts, uncles, teachers and others. For a first-born, the standard was high. As a quiet, smart little girl who could do much independently, the expectations were even higher. I can even remember moments of being taunted and teased by adults when I didn’t know something or performed sub-par. Though I will assume it was done in good nature, nonetheless, I added these expectations to my own. I added the deflated value of myself reflected in those taunts to the expected result if I did not perform perfectly. And so I spent much of my life striving. Striving for perfection, striving to perform perfectly, striving to know everything, striving to hide what I couldn’t do and didn’t know.

My first-born was a blessing in so many ways, but one of the most significant to me is that at her birth God began a transformation in me. But it wasn’t so much a light switch flipping on as it was a dimmer slowly bringing into view the different areas of a room. I began to make small changes and accept my own limitations, but still struggled with feeling accepted by others in my imperfect state. I always viewed being imperfect as a privilege afforded to others, but not to me. That other people in their failings found support, forgiveness and camaraderie with their fellow man. I felt harshly judged, unaccepted, unworthy. It was several years later I realized I was still struggling with wanting to know where the line of acceptable/unacceptable imperfection is. In other words, I was striving to be perfectly imperfect!  Thankfully, God is patient and continues to turn that dimmer switch a little at a time, to shine light on as much as I can handle to address at once. Still, I occasionally struggle with accepting my best in the circumstances as good enough. I questioned whether to write this series because don’t have it all figured out. But it’s ok. I need to accept that what I can do is good enough. What God does through me is not good enough, it is simply good.

Even as I now write, I think of the people that will not approve, who will think little of the efforts I have put forth here. Like the preacher I once overheard saying I have no gift, no talent, from God. I’m guessing there are others who have felt the sting of being slapped in the face by the words of others. Those people, those word-slappers, for their own reasons, find only fault with what even God does. I don’t want to absorb those words into my view of myself, or attribute them to how God sees me. I don’t want to see every one of my faults all at once, counting them, becoming overwhelmed at hiding until I fix them, worrying that others see them and judge my value to God by them. I’m not perfect. God loves me. It’s ok.

Cease Striving: What’s in a Name?